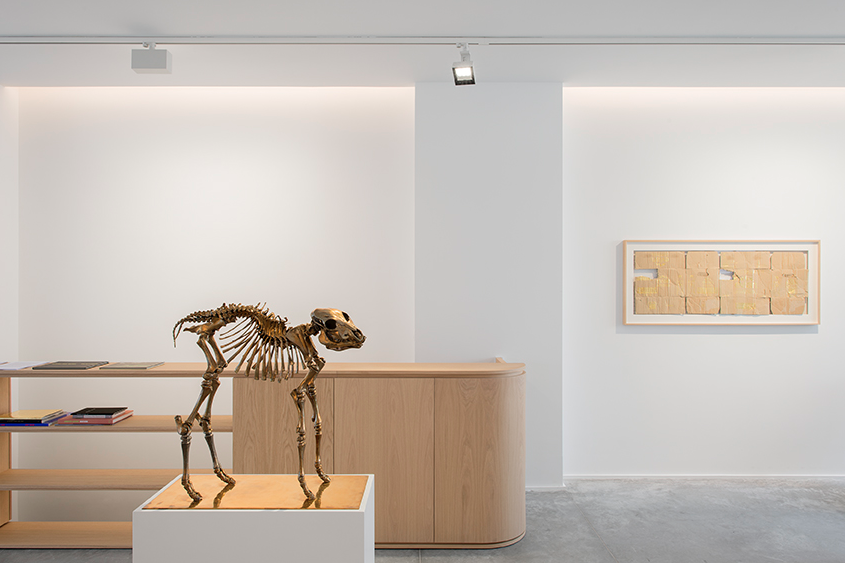 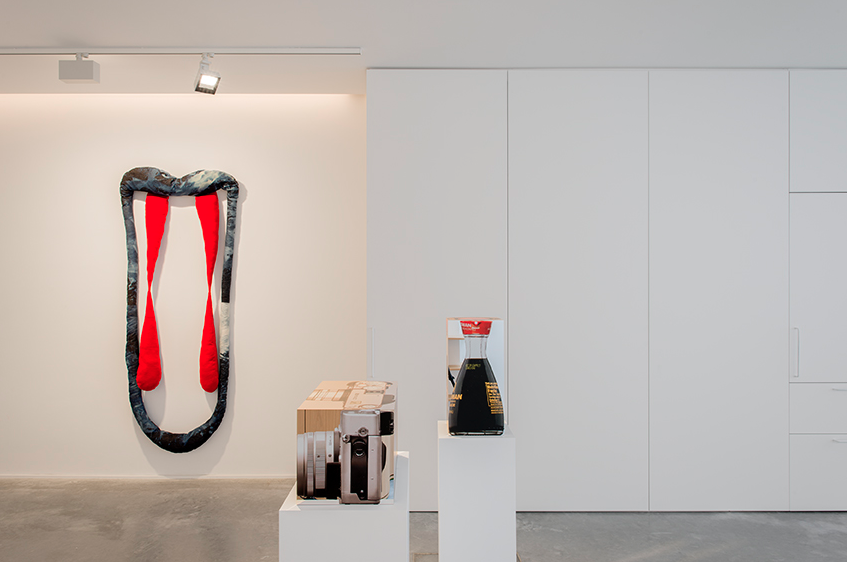 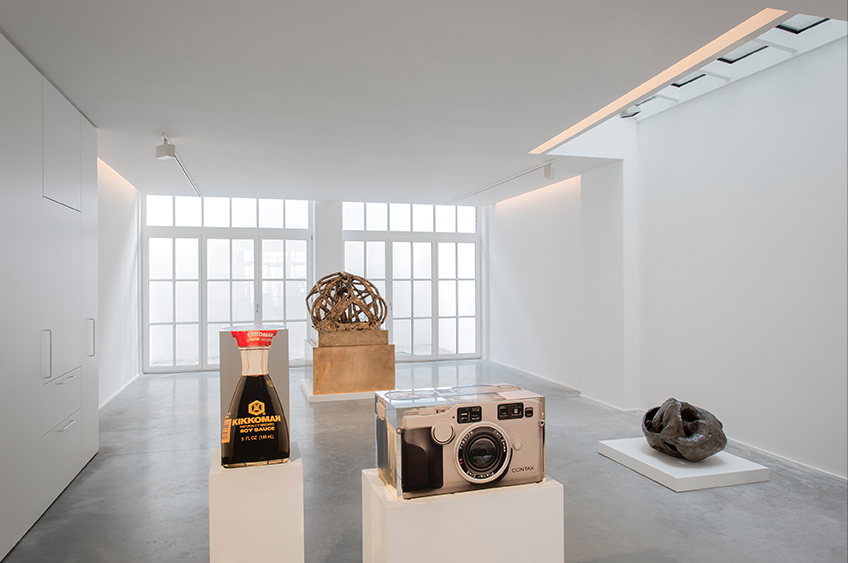 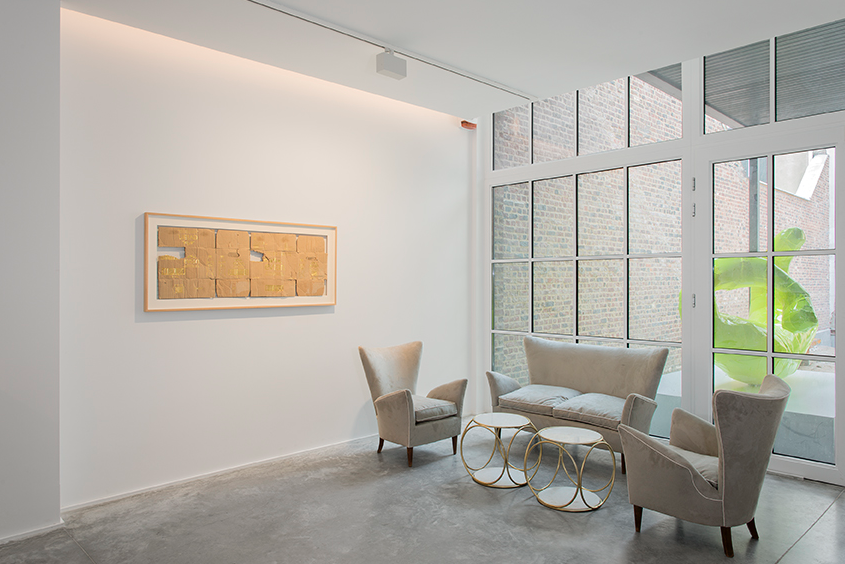 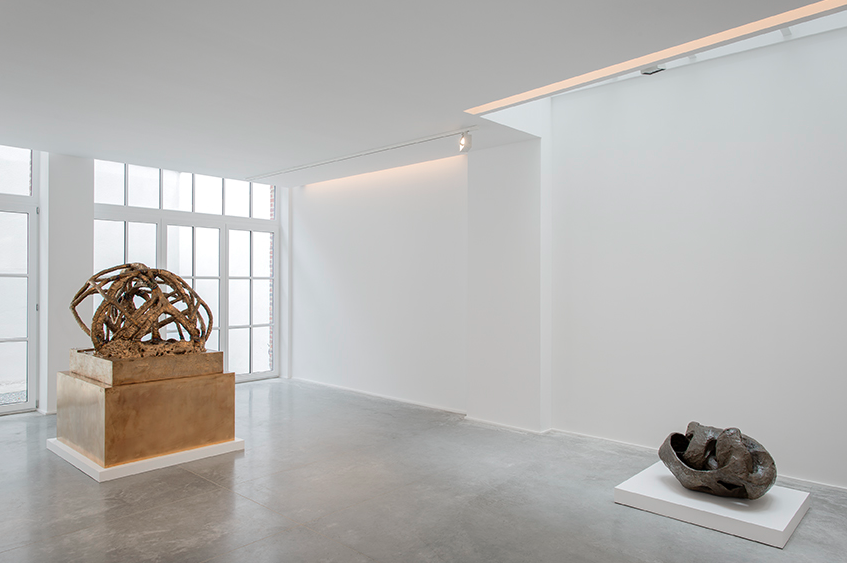 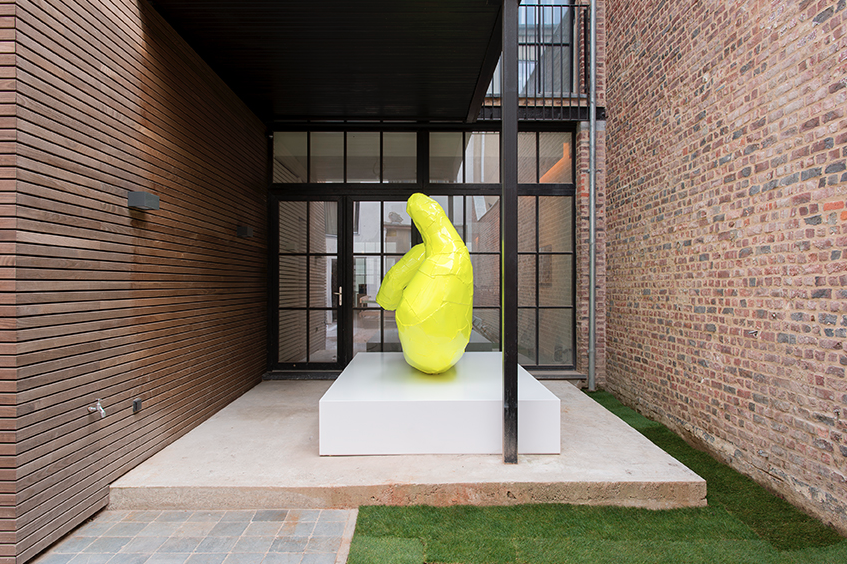 Currently closed to the public

Selection of sculptures from the Charles Riva Collection gathering works of

The painter and sculptor Urs Fischer (Zurich, 1973) has been developing an original stance toward the status of sculpture and installation over the past several years. Although he uses a wide variety of materials, Fischer’s defining quality in this area is his creation of a discrepancy between the visual perception of the sculpted object and its true nature. For instance, works that appear to be hand-sculpted from adobe are actually cast in bronze, then painted grey… unless they are, in fact, made of adobe. The series containing François/ René (2013) explores this sense of discrepancy with quasi-industrial media. Very high-resolution photographs of everyday consumer objects, taken from five different angles, are glued to boxes made of mirrors. The illusion of having real objects floating in space is heightened by the lack of joints between the sides of the cube. As the title suggests, the sculpture is made of two parts – objects which would not, theoretically, be connected to each other in any way (a bottle of soy sauce and a camera), to which Fischer has attached names that seem just as familiar to us as the objects themselves.

The work of Dahn Vo (1975) also returns to consumer goods, in this case a simple cardboard box that once contained Evian water bottles. (…) 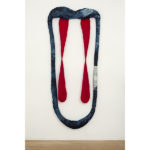