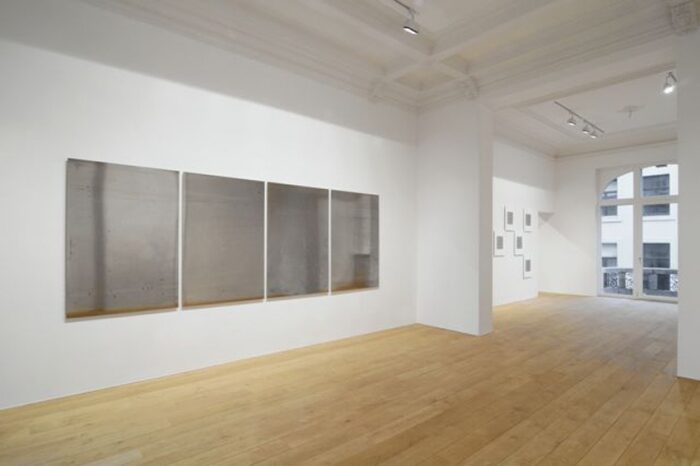 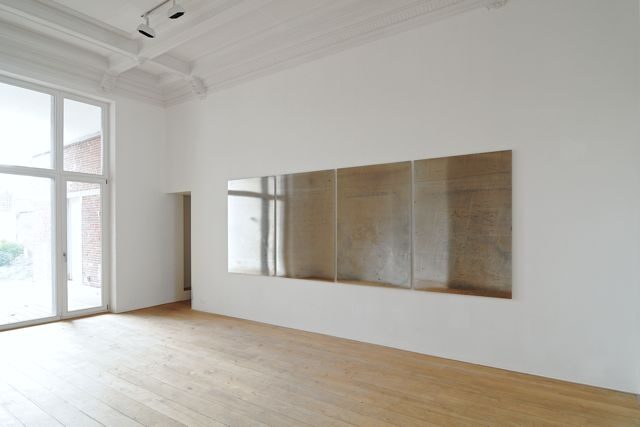 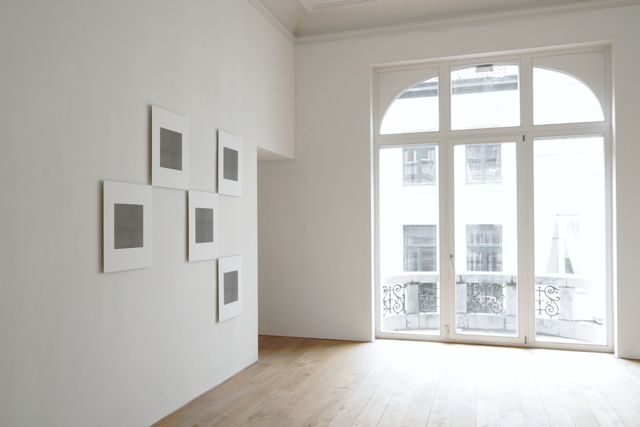 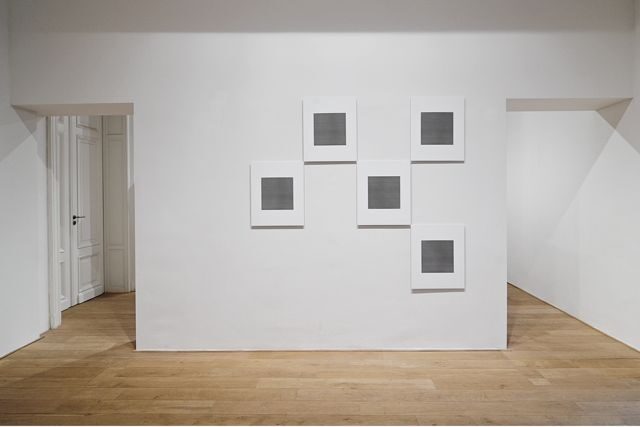 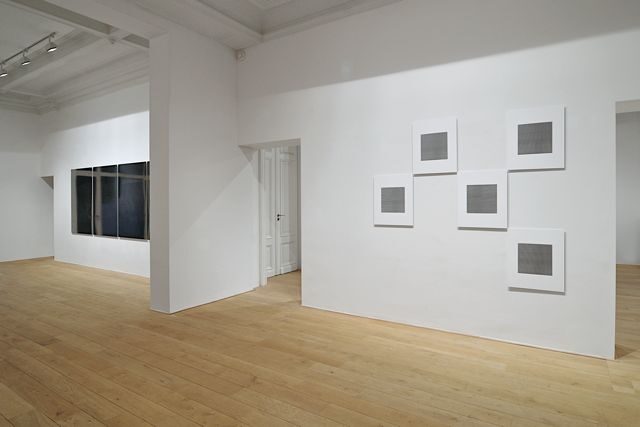 Shift and Rise are terms used to describe camera movements that are available with large format view cameras. Rise is a vertical movement up along the lens plane which is important in architectural photography. It allows photographing tall structures such as buildings and trees while eliminating converging parallels which would make them look like they are falling over. Shift is a horizontal movement of the front standard, left or right from its normal position. It is used to photograph a reflective surface without the camera appearing in the field.

In Liz Deschenes’ exhibition the movements of the camera suggested by the title are replaced with the movements of the viewer whose body engages with the reflective surfaces of the exhibited photograms. It is the surrounding architecture and the observer which activates the photographs and gives them their imagery. There is an immanent reflection on the relation between body and vision at work, our perceptual and embodied experience is being put forward. For Merleau-Ponty, the mirror is emblematic of a certain way of seeing: the mirror image anticipates the labour of vision. In this sense Deschenes’ works can be seen as an investigation of the act of seeing itself. The observer of an exhibited work bears witness to his own reflection, the act of seeing becomes visible.

The language and mechanisms of photography are self-consciously referenced and activate questions of representation, modes of seeing and the network as the medium in which it operates. While the silver photograms are the result of black and white photographic paper being exposed to light during the night, for the black photogram the artist has exposed colour photosensitive paper to light during the day. ‘Light – writing’ (Photo-graphy) – the inscription with light which stands at the beginning of a photograph is here reversed to the point where light becomes shadow. The overexposure to light creates a black surface, a ‘misphotograph’ in a certain way.

While the photograms circumvent the camera for the formation of the image, the optical device is reintroduced in a series of five photographs that are exhibited alongside the non-representational works. Gamma depicts a focal chart which is used to calibrate lenses in photography. The vision and labour of the photographer here ultimately encounter the image; and the body of the viewer.

The artist’s work is part of the permanent collections of The Walker Art Center; The Art Institute of Chicago; the Metropolitan Museum, New York; the Corcoran Museum of Art, Washington D.C.; the Whitney Museum of American Art, New York;