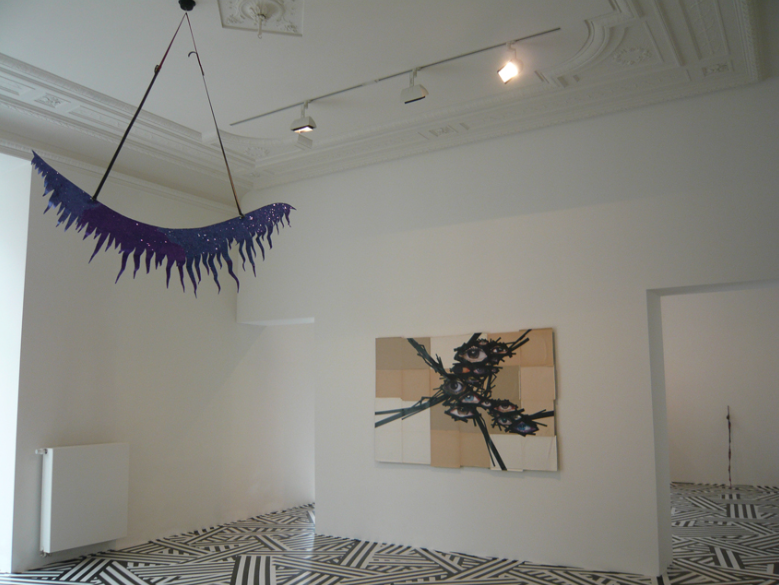 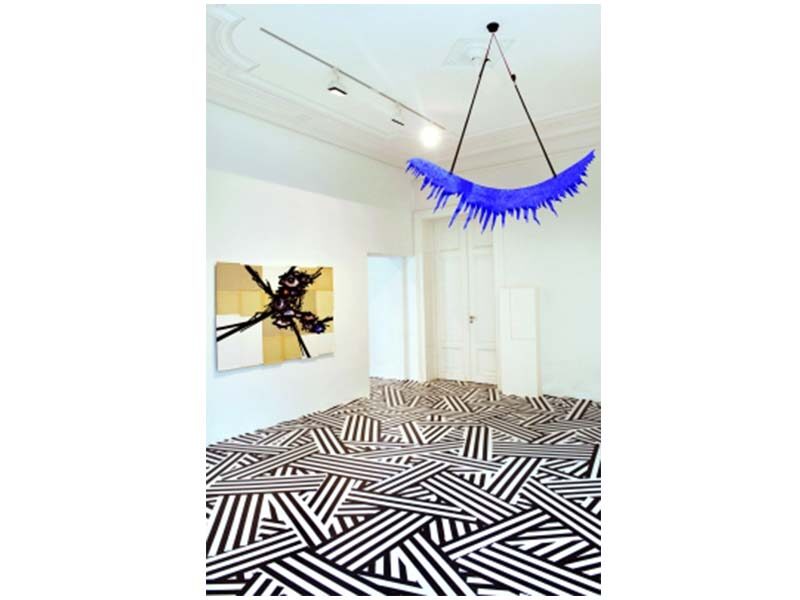 Jim Lambie lives and works in Glasgow, Scotland. He studied at the Glasgow School of Fine Arts. He has participated in numerous solo and group exhibitions around the world including the Serpentine Gallery in London, the Museum of Modern Art in New York, and the Hara Contemporary Art Museum in Tokyo. He works with Sadie Coles, London, Anton Kern Gallery in New York City, and the Modern Institute in Glasgow.

On view at the Charles Riva Collection, a selection of sculptures made between 1999-2006, including a large black + white floor installation titled “Paradise Garage,” that will cover nearly 250 square meters of the Riva Collection space. Pop culture, music, record albums, vintage stores, dive bars are just some of the inspirations of Jim Lambie’s work. Entering an installation can feel at once like walking through the Wizard of Oz after ingesting hallucinogens, or perhaps a Technicolor version of a post-apocalyptic stage set. Lambie redefines the possibilities of sculpture. He sources various elements that are normally cast aside by others, into completely contemporary constructions such as “The Byrds,” in which a large, plastic bird covered in splattered paint is proudly perched on spray paint cans that spew out a host of rainbow colors, staining their pristine surroundings. A recurrent motif in Lambie’s work is eyes, whether taped collaged cut outs from magazines and record albums “Strychnine,” 2004, or abstracted and enlarged as in “Where your love lies,” 2006 in which an oversized, dangling eyelash covered in blue glitter rotates while suspended from the ceiling. 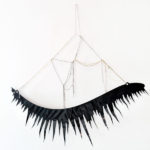 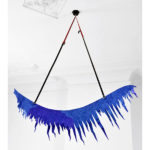